On this historic day, I remember with profound respect the architect of our independent Bangladesh, Father of the Nation Bangabandhu Sheikh Mujibur Rahman. On the fateful night of March 25, 1971, the invading forces of Pakistan suddenly attacked the unarmed Bangalees. In the early hours of March 26, Father of the Nation Bangabandhu Sheikh Mujibur Rahman officially declared the Independence of Bangladesh. We achieved an independent and sovereign Bangladesh through a nine-month long liberation war. I recall with deep respect the millions of martyrs who sacrificed their lives in the War of Liberation and we achieved our Independence for their supreme sacrifice. I also recall with deep reverence our Four National Leaders, valiant freedom-fighters, organizers, supporters, foreign friends and people from all walks of life who made contributions to attain our right to self-determination and freedom movement.

We have achieved our great Independence through huge sacrifices. Bangabandhu always cherished a dream of building a happy and prosperous country along with attaining political emancipation. The present government has been rendering untiring efforts in materializing that dream of Bangabandhu. Today, Bangladesh is moving towards the highway of development at an inexorable pace. We have achieved enormous success in various areas of socio-economic development including poverty alleviation, education, health, human resources development, women empowerment, reduction of child and maternal mortality rates, elimination of gender discrimination and increase in average life expectancy. Rate of poverty has been dropped. Per capita income has tripled over the past decade. The Padma Bridge, being constructed by our own resources, is now completely visible. Works on Metro Rail, Payra Deep Sea Port, Karnafuli Tunnel, Hazrat Shahjalal International Airport's Third Terminal and Rooppur Nuclear Power Plant are also progressing uninterruptedly. In various indicators of economic and social development, Bangladesh has been able to surpass not only the neighboring countries of South Asia, but also many developed countries.

Despite the negative impact of the Corona pandemic on the world economy, due to the timely and courageous steps taken by Hon'ble Prime Minister Sheikh Hasina, the government has been able to maintain the economic growth by countering the effects of Corona. Huge amount of remittances sent by expatriate Bangladeshis has made an important contribution to keep the wheel of the economy rolling during this time. The government has announced 23 stimulus packages worth taka 1 lakh 24 thousand crore to keep the wheel of economy rolling. Arrangements have also been made to provide COVID-19 vaccine. Bangladesh ranks first in South Asia and 20th in the world in the 'COVID Resilience Ranking' compiled by the US news agency Bloomberg for successful handling of corona pandemic, economic revival and keeping the livelihoods running. Through this, Bangladesh’s image has been upheld around the world.

Recently, Bangladesh has received the final recommendation from the United Nations to her emergence from a least developed country to a developing one. It is a unique gift for the nation at the juncture of ‘Mujibbarsho’ and the ‘Golden Jubilee’ of our Independence. With the continuation of development process, Bangladesh will turn into a developed and prosperous country in the world by 2041, Insha Allah. 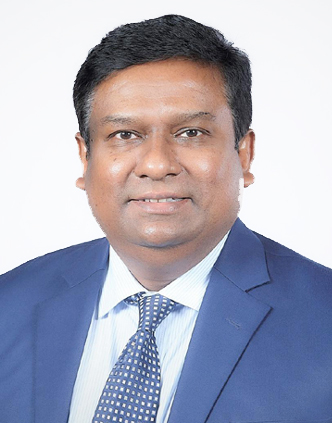